It’s been forever since I last sat down to blog.  I’ve missed it, but life has been more for living these past years than for writing about it.  (Read that as, I’m keeping my head above water)

It’s been 4 years since Afghanistan. 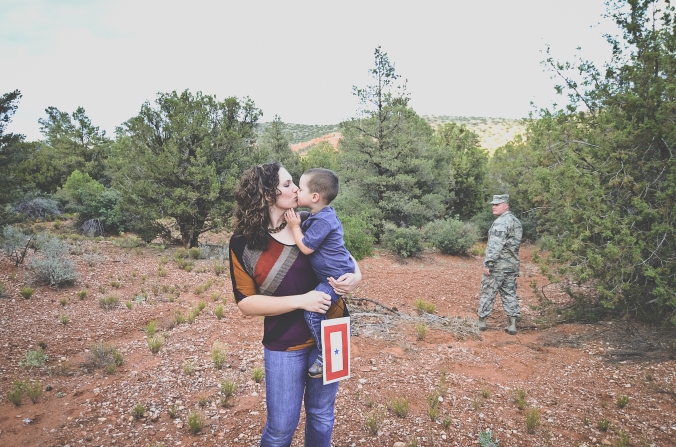 I would like to tell you that I knew, right away, that something was not quite right.  That isn’t true.  There were moments of question, little doubts in the back of my mind, but almost from the moment he stepped off of the plane, life accelerated to light speed.

There were a flurry of emergencies back home in Arizona which resulted in several hurried trips… we didn’t even get reintegration leave.  There was one conversation in which I learned that some of his mental health markers had changed on his return but we were slated to move to Turkey in a matter of months and so it got signed off and pushed aside.  The move was stressful and fraught with theft and then separate travel.  The year in Turkey was dotted with him leaving the country for one sort of business or another, leaving Isaac and I there alone.  The political temperature of that part of the world changed and we were all on heightened alert.  My health problems became too severe to treat in Turkey, and I was sent home, with Isaac, while he returned to Turkey and then went on to another deployment.

In the 22 months between Afghanistan and his return from Qatar and Turkey we lived under the same roof and in a normal home environment for 7 months.

His final return from Turkey and Qatar in 2014.

On his return, there was a sudden death in the family, and his reaction shocked me.  My husband and I were preschool sweethearts.  There isn’t much about him that surprises me… we are old friends.  This reaction was the antithesis of his personality.  I can’t describe to you the horrible panic that settled in my stomach.  Suddenly my world was on it’s head and I knew, without a doubt, that something was horribly wrong, and that I should have seen it sooner.

That night, as we lay in bed in the guest room of my parents house, just two feet from the small bed of our sleeping son, we had a whispered conversation.  The things he told me rocked me to my core.  The things he’d seen, the horrors experienced, his difficulty connecting to his emotions, and how utterly lost he felt. I insisted that the moment we settled in Colorado he seek help.

It’s been two years.  The search for good mental healthcare has been extremely frustrating but he’s finally found a program, a plan that seems to be helping.

Two years of flashbacks, night terrors, walking as calmly as possible out of movie theaters, mediating between him and our son when his patience is gone and his fuse is short, conversations he can’t remember, appointments forgotten, and so many other things.

Two years and we FINALLY have a diagnoses.  My husband has Acute Narcotic/Trauma Induced PTSD.  He has been told that progress will happen but that he will never be whole.  He will never be the same.

Let me explain the Narcotic/Trauma induced. While in Afghanistan he had to take anti malaria medication.  He has a medical allergy that kept him from taking the normal medication so they gave him an alternate.  It is not the commonly used medication because in a certain percentage of people taking it the side effects include but are not limited to night terrors and psychotic breaks.  Unfortunately my husband fell within that percentage.  For the entire six months he was there he suffered horrible night terrors, waking dreams, and a few episodes that were scary.

Everything he remembers did happen, but then was reinforced night after night in horrible nightmares resulting in an severe emotional detachment.  The damage is done.

We will never be the same, those golden carefree days are behind us, we won’t be the fairy tale we once were.  And that’s okay.  We’ll work hard together.  For us. For our son.  We will be a Phoenix rising from ashes… in time.  The road before us is long and perilous. 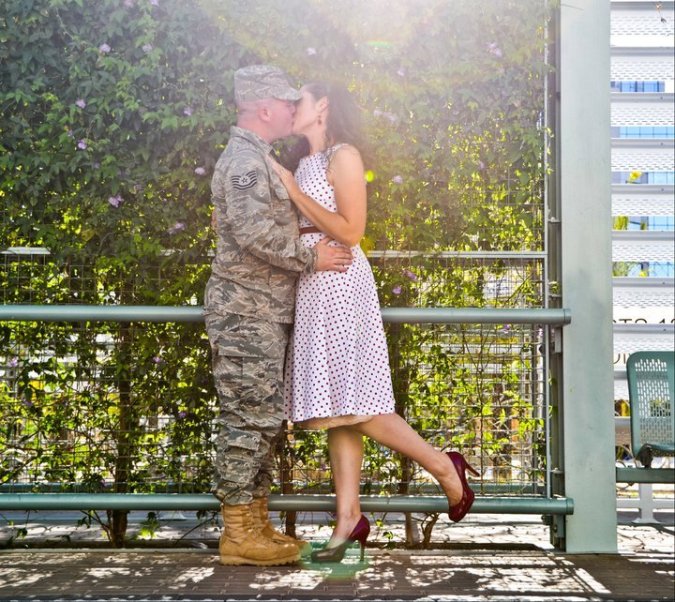 Our last photo shoot before Afghanistan.

I’ve bought him a very extensive planner so that appointments don’t go forgotten. We have code phrases for use in front of our kiddo so that he is not undermined but doesn’t do damage in turn. I’m teaching him how to crochet because it’s been found to actually heal brain damage.

He’s learning to chain.  He doesn’t know if he’ll ever get any farther but he’s pretty proud of his nice even tension… it’s the little things. 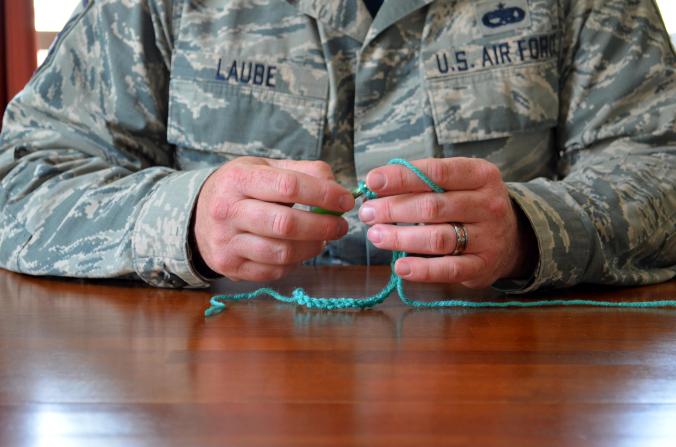 I’m so proud of him.  For talking to me, for seeking help, for making changes when he was resistant… I know that, in time, we will settle into a new normal and find our truly happy again.  We have a lifetime to find it.

All my love,
Courtney

P.S. If you or a loved one suffer from PTSD or any other mental health issue, please seek help.  There is so much available!

The stigma against mental health issues of all kinds is so damaging.  My husband is no less a man for self reporting, for asking for help remembering something, for seeking a therapy such as fiber arts to heal, for letting his wife share his story… is he? I believe it makes him a better man and one I greatly respect.